I’m beginning to realise that things don’t turn out the way you want them to. And sometimes when they don’t, they can turn out just a little bit better.

Josephine Alibrandi is in her final year of highschool, and it’s going to be a good one. She’s going to stay out of trouble, work hard and get into law at uni.  But her determination doesn’t last long – she’s in trouble on the first day  in religous education class. And this is just the start of a tumultuous year where Josephine (Josie) falls in love, gets her first job, fights with her mother and nonna, and meets her father for the first time. Along the way she has to confront who she really is, and who she wants to be.

Looking for Alibrandi is a classic coming of age story. First published over twenty years ago, it has been re-released as part the Penguin Australian Children’s Classics series in a delightful hardcover edition. Teens will love getting to know this sassy main character and adults will enjoy the chance to become reacquainted with her. The writing is still fresh and appealing with themes and issues which are still relevant to today’s readers. 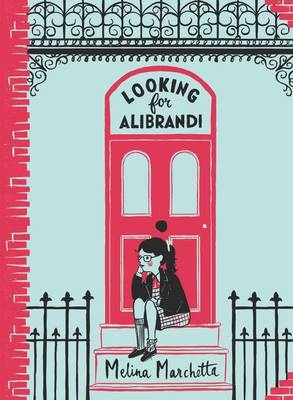 Beside their own balconette was another that belonged to the room next door. After a moment the girl with the mass of awful hair stepped out onto it. She peered at Froi, almost within touching distance. Up close she was even stranger looking and it was with an unabashed manner that she studied him now and with great curiosity. Her brow furrowed, a cleft on her chin so pronounced it was as if someone had spent their life pointing out her strangeness.  Her hair was a filthy mess almost reaching her waist. It was straw-like in texture and Froi imagined that if it were washed, it might be described as a darker shade of fair. But for now, it looked dirty, its colour almost indescribable.
She squinted at his appraisal. Froi squinted back.

Once he was a foundling, and growing up Froi had no idea where he belonged – only that he needed to be quick and wily to survive. Now, though, he is happy living in Lumatere, serving the Queen and her consort, Finnikin. This is where he belongs. But a stranger arrives, seeking someone to go on a mission in the kingdom of Charyn.  And, Froi, it seems, is the perfect candidate. Soon he finds himself at the palace of the enemy king,w here he assumes the disguise of one of the young men chosen tot ry to impregnate a princess and thus break a generation long curse.  But the princess proves a surprise packet, and Froi is also drawn to others in the court, threatening to steer him away from his mission. It seems the kingdom of Charyn may hold the key to Froi’s mysterious past, as well as his future.

Froi of the Exiles is an emotional roller coaster of a book. There is the joy  – such as seeing Finnikin and Isaboe working together to restore Lumatere, anguish – of women separated from children, of lovers forced to live apart – and horror. Lots of it. There are mysteries of parentage, bonds and betrayals. And there is  Quintana, the troubled, trapped princess who nobody likes or understands, but on whom the future of a nation rests.  It isn’t an easy book, with so much emotion, but the characters, and their troubles, are so finely drawn that it is a tough ride the readers wants to take.

Lengthy, at almost 600 pages, the gripping sequel to Finnikin of the Rock,stands alone, so not having read the former should not stand in the way of reading this one.

Froi of the Exiles, by Melina Marchetta
Penguin, 2011
ISBN

This book is available in good bookstores, or online from Fishpond. Buying through this link supports Aussiereviews.