‘Karl!’
Before Karl can react to the urgency in my voice, the man pushed him to the ground from behind.
I’m frozen with fear as Karl drops. The man then turns and walks towards me.
‘Serena?’ His voice is soft and husky.
‘No, no. That’s not my name. I’m -‘
He grabs me. An arm jerks around my throat. I’m gasping for air.
This can’t be happening!
‘Serena!’
‘I’m Libby. Don’t do this. Not Serena. Libby. Libby!’

Bored with her sixteenth birthday party, which she has to share with her parents’ wedding anniversary, Libby sneaks out to party with a guy she’s just met. She knows it’s wrong, but she can have no idea just where her decision will lead her. Her date is not a success, but it’s what happens afterwards that changes her life for ever. Grabbed off the street by a man who wants her as his daughter, she finds herself held captive in his basement. The stranger wants her to be Serena, his daughter, and he tries to complete the family by finding her a brother as well. Libby has no idea if anyone is looking for her and the boy, and no way of escape.

The Girl in the Basement is a suspenseful psychological thriller examining the roles of both the psychopathic kidnapper and his teenage victim. Told chiefly from the first person voice of Libby, there are also glimpses into the workings of the man, allowing some understanding of his intentions.

Not a fun read, but one which is gripping and will appeal to teen readers. 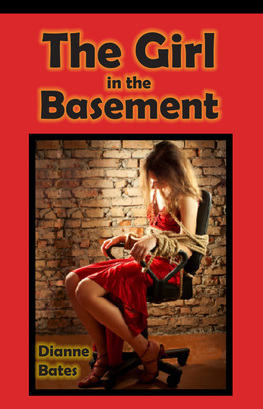