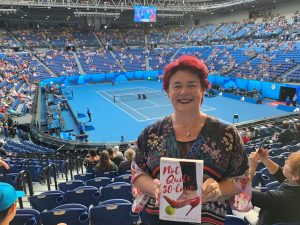 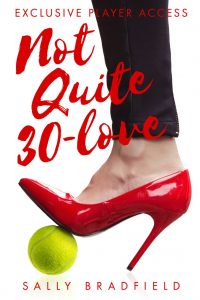 When Will sees Mia Foley he is captivated. He thinks she’s the most beautiful girl in the world. But how will he ever get to talk to her and, if he does, what will he say? He has no idea what girls talk about.

Mia is also watching Will. She thinks he might be interesting. She sees him lying on the grass, staring at the sky, and wonders what kind of deep thoughts he might be thinking.

Being in the same school, Mia and Will do cross paths regularly, but it always seems to be awkward. Does a tracksuit-wearing, tennis-playing boy have anything in common with a beautiful viola-playing girl? And where do Mia’s dog Harriet and Will’s wheelchair-bound brother Dave fit in to all this?

When Will is picked up by Mia’s sexy friend Vanessa, it seems there’s no hope for them.

Fifteen Love, new from author Robert Corbett, takes an insightful look at the differences between the sexes and the tricky world of teenage friendship and romance. The novel use of alternating viewpoints allows Corbet to capture the emotions, the confusion, the highs and lows of both Mia and Will.

This is a great fun read for any teenager who has ever fallen in love or who ever dreams of falling in love.

Robert Corbet is a Melbourne author who fell in love with many girls before meeting a girl in pink overalls and eventually settling down and having three children.