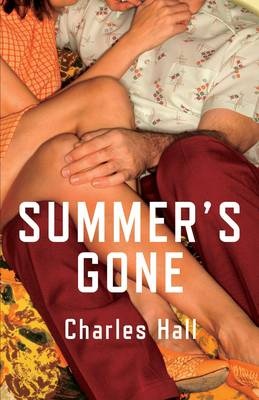 Jim’s mouth is so dry he can hardly swallow. As he struggles into a sitting position, he sees on the lip of the hollow three pairs of feet. Three pairs of feet wearing sandals fashioned from rubber tyres and inner tubes.
Slowly he raises his eyes and sees three rifle barrels. Holding the rifles are three soldiers. They are not the allies. they are not the Cambodians either. These young men are wearing the belted green uniforms of the North Vietnamese Army.
Casually lifting his gun, the tallest soldier directs it at Jim.

Zidra Vincent and Jim Cadwallader have been friends since childhood, but each secretly wonders if their relationship could be something more. But when Jim returns from Cambodia on a short visit, the opportunity to say what they’re feeling doesn’t arise. When he’s summoned back to Cambodia where he’s a war correspondent, Jim promises to write.

In Sydney Zidra follows an story which could be the making of her journalistic career, and waits to hear from Jim. But it is at work that she sees a headline which may change everything: a headline telling of a missing journalist killed in Cambodia. As she realises it is too late to tell Jim how she feels, her world collapses.

A Distant Land is a moving story of love set against the backdrop of the Vietnam War and also highlighting the personal and legal struggles of the Aboriginal rights movement in the 1970s. The history is important to the plot and enlightening for the reader, but doesn’t overshadow the story.

A Distant Land is a conclusion to the Jingera trilogy, but stands alone (I hadn’t read the first two books, though am now tempted to seek them out).