I search for air, gasp. Close up his features are blurred, but I can still make out his copper-coloured eyes, the downward curve of his lips. It’s not because he’s on top of me that the words won’t come. It’s because of who he is.
Leaning down onto me, stopping my fight, is Damon Hilary. Sports prefect. The most beautiful boy in the school.
Also, Ashlee Parker’s boyfriend.

Beautiful Ashlee Parker is dead, and Emily’s dad has pleaded guilty to her manslaughter. Emily, though, is sure her father wouldn’t be capable of such a crime, in spite of his troubled state. She seems to be the only person who believes in her father’s innocence.

Damon is mourning the loss of his girlfriend, too soon after also losing his father. He is sure that Emily’s dad is guilty, even though Damon was the last person to see her alive. If only his memories of that night weren’t so scrambled, blurred by drugs and alcohol. He can’t tell the police about his own movements because he and his friends were playing a dangerous game in the woods.

The Killing Woods is a compelling, frightening story for teen readers. A wonderful blend of mystery and thriller set in and around a dark woods, the story draws the reader in trying to piece together exactly what happened and why. Whilst set in a realistic setting, the issues and events are chilling, though deftly handled. Not a comfortable read but an absorbing one. 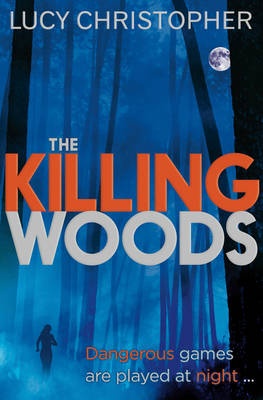