Who am I? Only a daughter?
A Capulet, wed to my father’s choice?
No! I am the girl who chose her destiny,
whose love outlasts the sun.
I am Juliet.

The story is not you – Romeo and Juliet, star-crossed lovers who fall in love in spite of their families being sworn enemies, but are tragically destined not to be together in this life. But though we know the story, do we really know who these people are? In I am Juliet Jackie French tells the story as it hasn’t been told before, allowing the reader to get to know Juliet as a person, as a strong girl who questions and challenges her destiny.

In the course of just a few days, Juliet grows and changes, becoming stronger and more likeable. At the same time, readers are given a better understanding of the whole story – the times in which it is set and the societal structures which would have led to such a circumstance. The story is chiefly told from Juliet’s perspective, but is bookended by chapters from the perspective of Rob, a boy actor given the role of Juliet to play in Shakespeare’s company. This allows readers both to see how his attitude is shaped by getting to know the character, as well as some idea of the workings of theatre at the time. Back of book notes give further insights.

Readers need have no knowledge of the play to engage with the novel, but it would act as an excellent complement to studies of the play, giving the characters, especially Juliet, a more human perspective. 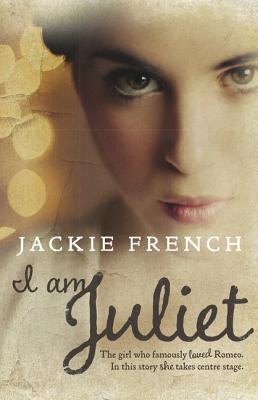