Using the extended simile of the jungle to represent the playground, author/psychologist Shone Innes explains to young readers the dynamics of playground interactions, highlighting the fun and pleasure that can be had there, but also some of the pitfalls. She identifies some of the personalities that may show up in the playground – cheeky monkeys who chase and tease, tigers that lash out when they’re angry, and slipper snakes who pretend to be friends – before offering suggestions for being safe and comfortable in their midst.

The Playground is Like a Jungle is a Big Hug book, designed to help young children understand and tackle life’s challenges. There are also back of book notes for parents and teachers. Illustrations, in watercolour with pencil outlines, have plenty of movement and an appropriately gentle humour.

A great resource for home, childcare centres or schools. 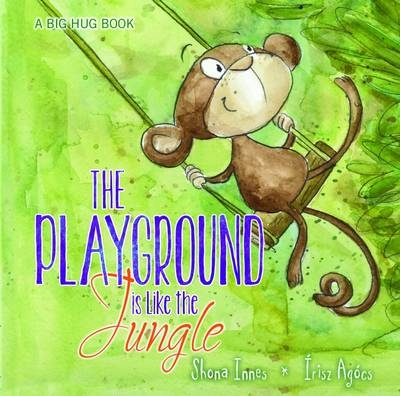 The internet is a bit like a puddle.
It can be lots of fun and very useful.
But…the internet can also be deeper than it looks.

Few children are unaware of the fun that can be had on the internet, using computers, tablets and even phones. But for parents, teachers and carers, explaining the pitfalls of the online world can be difficult, as can setting and enforcing boundaries.  By using the analogy of a puddle, The Internet is Like a Puddle looks at the uses of the internet as well as its pitfalls, in a way aimed at engaging young readers.

Just as a puddle can be a fun place to play, so can the internet provide entertainment and education. But, the book goes on to explain, just as we can’t always see what’s under the surface of a puddle, so the internet has hidden depths and workings. Sometimes adult help is needed to get out of difficulty, or to avoid it, and turning off the internet and doing other things is important, too. In the end, used safely and with guidance, the internet puddle can be wonderful fun.

A Big Hug book, The Internet is Like a Puddle will serve as a useful classroom tool and also be helpful at home, in both cases opening up discussion about safe usage, and rules for internet sessions. The use of the analogy helps to explain the pitfalls – and the pelasures – in a kid-accessible way. Back of book notes aimed at parents, from author and psychologist  Shona Innes, add to the usefulness of the book.

With gorgeous watercolour illustrations, The Internet is Like a Puddle will suit children in their early years of schooling. 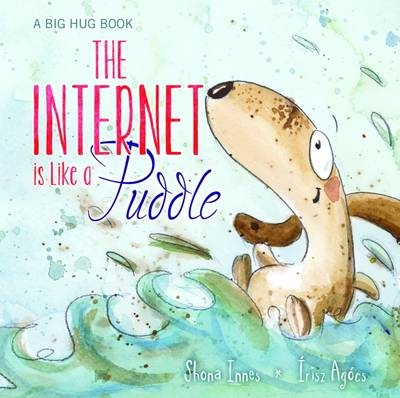 The Internet is Like a Puddle, by Shona Innes & Irisz Agocs