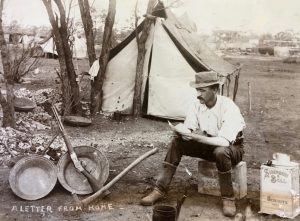 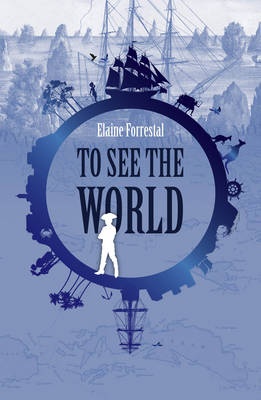 The bubbles at Jonathon’s house had a problem. With all the day-to-day noise of the household, the bubbles couldn’t hear each other speak. They longed for a quiet place where they could go and chat. When Jonathon and his Mum bought a bubble blower and some bubble mix, the bubbles were in for a lovely surpirse.

Bubbles is just one of the charming tales in Rainbow Jackets by award-winning West Australian author Elaine Forrestal. Others tell the stories of pet flies, cranky umbrellas and crazy kitchens.

Complemented by the cute line-drawings of illustrator Sharon Thompson, Rainbow Jackets will delight children aged 5 to 8 and would be an excellent book for classroom sharing.

This is the second book of short stories from the Forrestal/Thompson pairing. A Glassful of Giggles was launched at the 2002 CBCA National Conference in Perth.

Both collections are full of whimsical delights.

Bryn and his family have just moved in to a house near the lake. It is an interesting place to live. There are horses on the property next door, and Bryn especially likes a big grey one, Tiffany, the ghost-horse.

Bryn’s big brother Chad likes it here too. He makes friends with Carey, the girl next door, and the other kids from the neighbourhood, and is soon involved in building a cubby house and playing games which don’t include Bryn

When he’s near the lake Bryn feels like he’s being watched. He feels something, something different, but he can’t quite grasp what it is. Carey says that Welsh Morgan is always watching. Welsh Morgan owns the market garden next door. The children see him working in the garden, and Bryn meets him early one morning, but Bryn isn’t sure that it’s Welsh Morgan who makes him feel this way.

Carey tells Bryn and Chad that Morgan’s wife died mysteriously many years ago, and that Morgan says she was taken by the Min Min – strange but beautiful lights which beckon people to their deaths. Of course, the children know that the Min Min can’t be real.

The Watching Lake, by Elaine Forrestal is a poignant, touching story about childhood and about growing up. First released by Puffin Australia in 1991, it has now been re-released by Fremantle Arts Centre Press, a recognition that this timeless story will continue to appeal to readers.

Forrestal has a knack of deftly exploring the minds and emotions of her young characters, whilst still painting believable and rounded adult characters. Welsh Morgan, the mysterious hermit, is a character who will not only appeal to children but teach them a subtle awareness that ‘different’ is not always bad.

The Watching Lake is an outstanding novel.

Everyone knows that you can’t catch the giggles – they just happen. Or do they? When Jarrad has a glassful of giggles for breakfast, everyone – everyone – seems to catch them. First his Mum and Dad, then, when he gets to school, all his school mates, and his teacher. The giggles keep spreading through the school, until finally, even the principal catches them. Whatever will they do?

A Glassful of Giggles is the title story in a new collection of short stories for young readers. Filled with giggles, green pigs, giants and noisy cupboards, these stories will appeal to children in the early years of primary school.

As a series of self contained stories, this type of book is excellent for children making the transition from picture books to chapter books. the large print and abundance of illustration serves a bridging function between the two formats.

Elaine Forrestal has won awards for her previous works, including the Australian Book Council Book of the Year Award for Younger Readers, for Someone Like Me. Illustrator Sharon Thompson is, in addition to being an illustrator, a kindergarten teacher.

A Glassful of Giggles is a great offering for young readers.

Grundle went walking, to see what was happening. The countryside trembled, he shook all the trees. But that wasn’t good enough. Not really scary. The magpies kept chattering and refused to be teased.
How could an apple green pig frighten anyone?