Call me old-fashioned, but there’s nothing quite like a department store in the middle of the week. Quiet, shiny, anonymous. You could spend an entire day in the lingerie section, surrounded by lace, elastic and padded inserts and nobody would consider you a pervert because they wouldn’t even notice. Watching the flat screens in electricals, trying out mattresses in bedding, browsing through racks of dresses that cost $2000 each. Applying hand cream, perfume, lipstick. All without a single, ‘Can I help you?’

Winter seems to know exactly what she wants from life. She loves fashion and design and has an enviable talent in making her designs translate from the page to wearable art. She has great friends and a supportive family. But at sixteen years old, she’s starting to wonder if things might be better, if even her best friends and her family might love her better, more, if she wasn’t quite so fat. It might also help in the ‘never been kissed’ department too. Scratch the surface of any ‘perfect’ life and there’s plenty of non-perfection to be found. Although it can be harder to believe, non-perfection can be more interesting.

Everyone has secrets. And secret thoughts. Particularly in adolescence. It’s a time of discovery, of working out who you are, and also of looking at others around you in new ways. Hormones play their part in realigning understanding of friendships and family. ‘Pretty Girls Don’t Eat’ offers an opportunity to unstitch and refashion beliefs of self and others. There’s plenty here for discussion. How does a seemingly together teenager start believing negative self-talk? How perfect are the ‘perfect’ lives of everyone else? There are some great role models here – not perfect ones – and a hopeful future. Recommended for early- to mid-secondary readers.

Adam Kulakov loves his life. He has plenty of money, thanks to inheriting his grandfather’s toy company, a beautiful wife and a son he adores. He has no shortage of mistresses, either. No matter that some of his ideas don’t turn out so well, or that he has trouble finding good staff who will stick around. His grandfather, Arkady, is also happy. After escaping Auschwitz at the end of World War Two, he was able to build a new, successful life for himself in Australia. Now he is retired, but Adam’s wife, Tess, on whom more and more responsibility for running the company falls, includes him in decision making. They have a close relationship.

But when Adam makes one mistake too many, the future of the toy company and of his marriage becomes increasingly rocky. And for Arkady, the horrors of the past are coming back to haunt him, too.

The Toymaker combines twin narratives of 1944 Poland and contemporary Australia so that the reader not only sees Arkady’s story unfold alongside the modern narrative, but also becomes aware of the contracts and similarities between the experiences and personalities of grandfather and grandson. It is a story of privilege, corruption and survival which is both absorbing and uncomfortable. 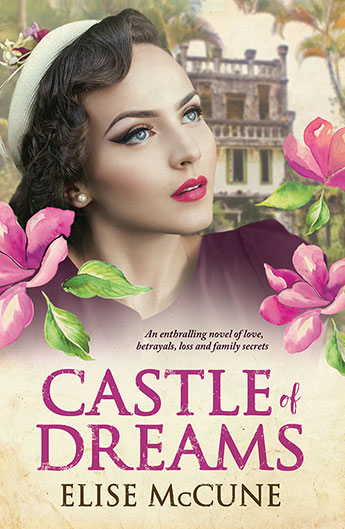