In your arms it’s safe and snug,
you always give a thousand hugs.
And I’m as happy as can be-
one hug is not enough for me!

Starting at home and then out into the day a father and child go through the day playing, resting and even overcoming obstacles in the ford of bad weather – with hugs every step of the way.

While the text could be any pairing of adult and child, the illustrations, coupled with the use of ‘Daddy’ in the title, show this pair as a father and infant polar bear. Home is an igloo, and most of the book takes place outside against snowy backgrounds. The palette of mainly whites and greys is gently brightened with soft yellows of light and muted blue skies and snowflakes. This visual gentleness echoes the lyrical rhyming text, making it suitable for cuddle time or bed time. A young girl decides it’s time for Daddy to go to bed. But Daddy has all the excuses in the world. She is resolute and gentle, leading him through all their pre-bed routines. At each, he is diverted, and cooperates, but still full of reasons why it’s not yet bed time. Illustrations are iconically Dave Hackett cartoon-y set in plenty of white space.

Time for Bed, Daddy is a delightful bedtime role-reversal (or is it?) that is sure to have young children chuckling. It’s easy to hear every parent, or carer, of young children in the reminders to keep the water in the bath, to clean also the back teeth, and to go to the toilet before bed. Extras include familiar ‘dad’ jokes about putting right arm in, wrong arm into pyjamas. This is a lovely gentle depiction of a wonderful parent/child relationship and of the rituals of bedtime. Recommended for pre- and early-schoolers. 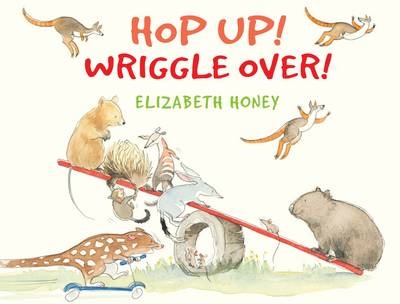 It’s time for Alfie to get ready for bed, but he can’t find Sharkie. He’s not outside, he’s not in the bath, he’s not in the pyjama drawer or on the bookshelf. Dad tries to be patient, and eventually manages to convince Alfie to choose another toy (in fact, many other toys) but when he gets to bed, Alfie is delighted to find his toy Sharkie.

Alfie’s Lost Sharkie is the second title featuring Alfie, an anthropomorphised crocodile. And, just like the first, Hurry Up, Alfie, there is much to love.

The text is very simple – with no narration, meaning that the whole story is told by the dialogue between Alfie and his Dad (or is it Mum – this is wonderfully ambiguous, which I like) and, of course, by the illustrations, which use ink and collage and are filled with whimsy.

Perfect for bed time reading – or any time of day really. 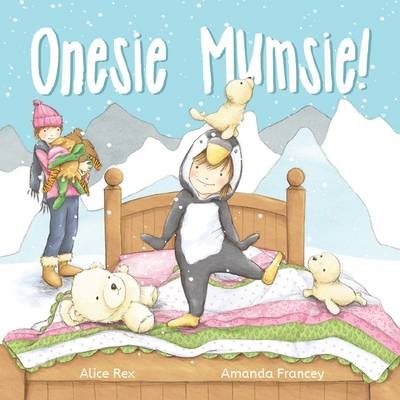 Hey Mum,
I love you…
more than the prickliest tickle…

This delightful offering for the very young, and their mothers, is an absolute delight. The text is simple, only a few sentences in total, with a list of ways the child narrator loves his/her mum, and how affirming that is:
Because I know
with you beside me
I can do anything.
The illustrations are large photographs of various animals, chiefly of an adult with one or more young, showing affection (such as a giraffe kissing another), or in action. The text and illustrations are on white backgrounds, adding to the simplicity and making the overall product a gentle whole perfect for cuddle time or bedtime reading.

Hey Mum, I Love You is a lovely complement to Hey Baby, but each stands alone.